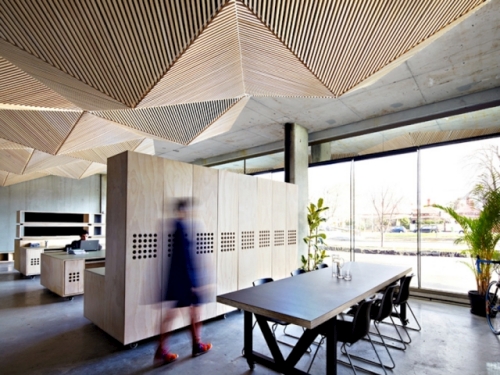 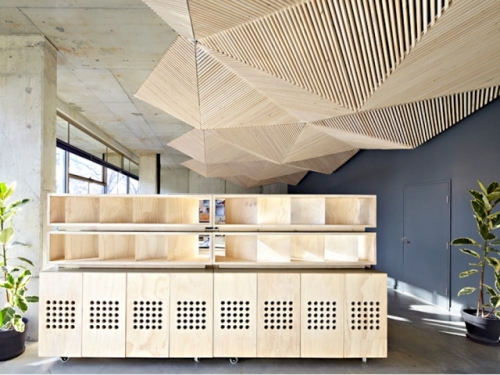 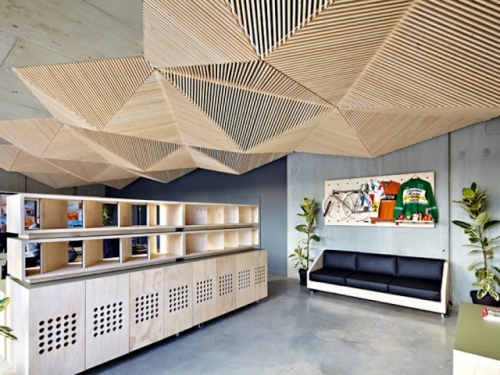 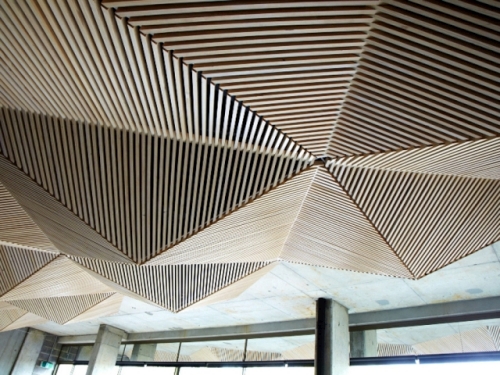 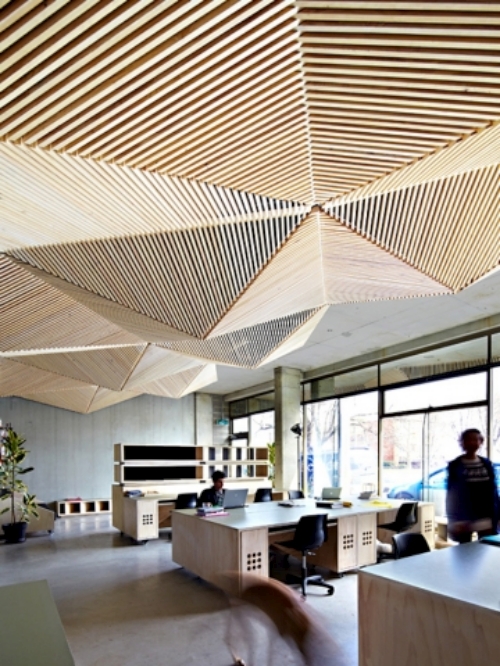 All the custom-built furniture in the studio is on castor wheels so it can easily be shifted and the space reconfigured for events and design workshops. The room divider between the front door and the workspace can be taken down to become seating benches for these events.  The desktops are finished with Marmoleum, an old fashioned flooring material made from linseed oil and natural pigments.

The talking point of our studio, the ceiling is a geometric form comprising triangular, origami-inspired folds of timber battens. The existing ceiling was cluttered with pipes, ductwork, air-conditioning units, smoke detectors and fire alarms – a bit of an eyesore. We wanted to conceal this labyrinth of pipes and tubing while still allowing everything to function. Since the studio comprises lots of exposed concrete and glass, another major aim with the design of the ceiling was to improve the acoustics in the space.  The ceiling is built from standard 45x90mm pine studs and 20x40mm pine battens. The battens were all made from sustainably-harvested plantation pine.  The ceiling design grew out of a process of experimentation, folding different sculpted origami forms in paper. The eventual design was composed of five triangles mirrored and repeated five times across the length of the ceiling.