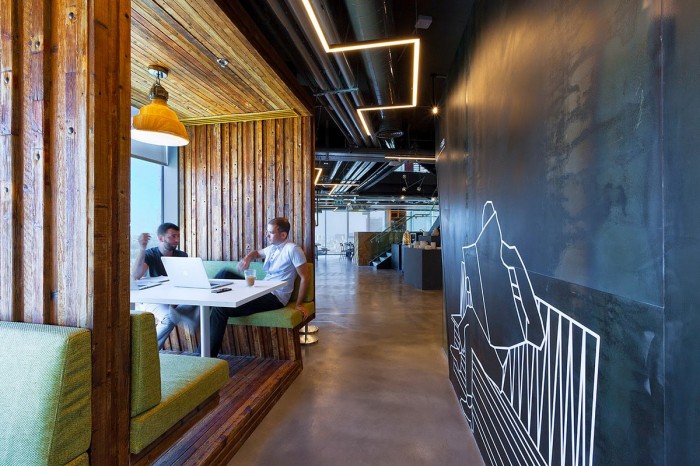 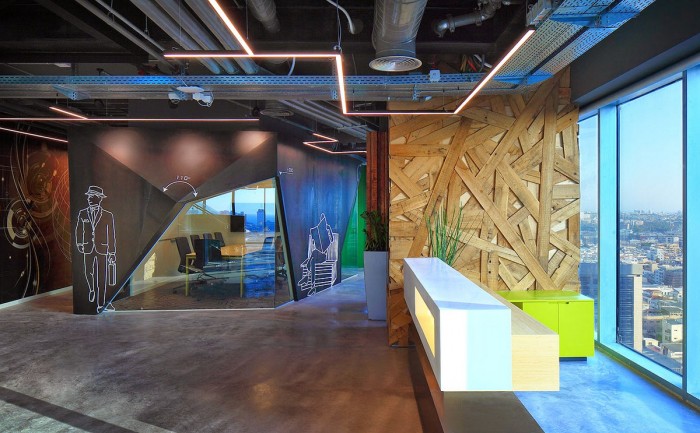 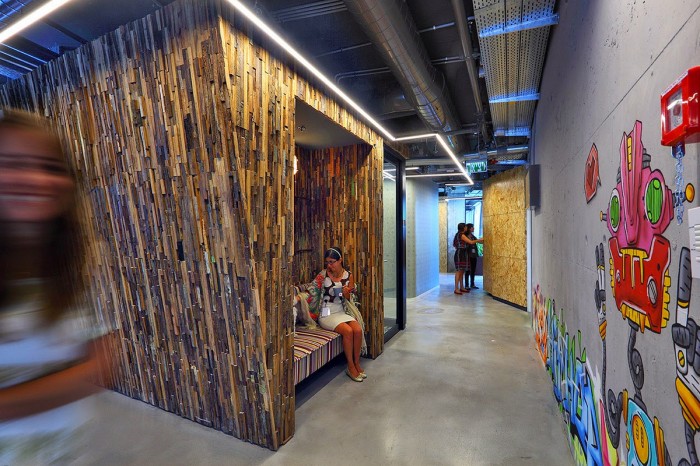 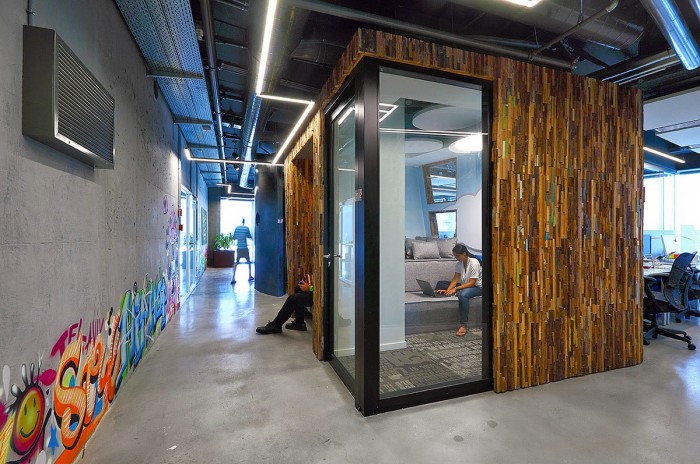 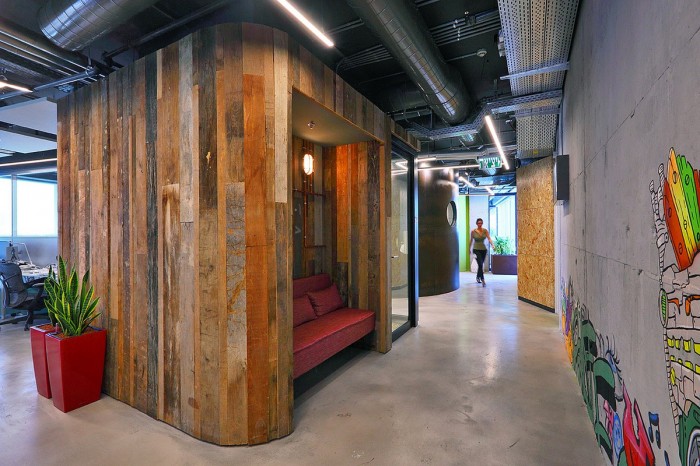 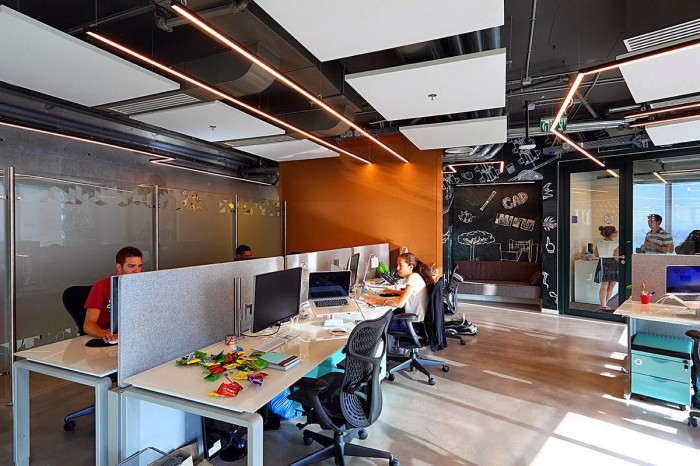 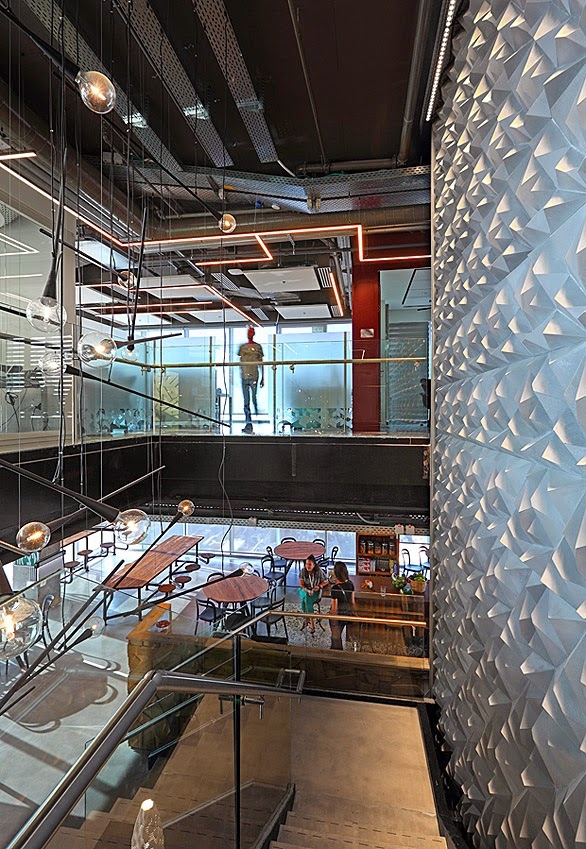 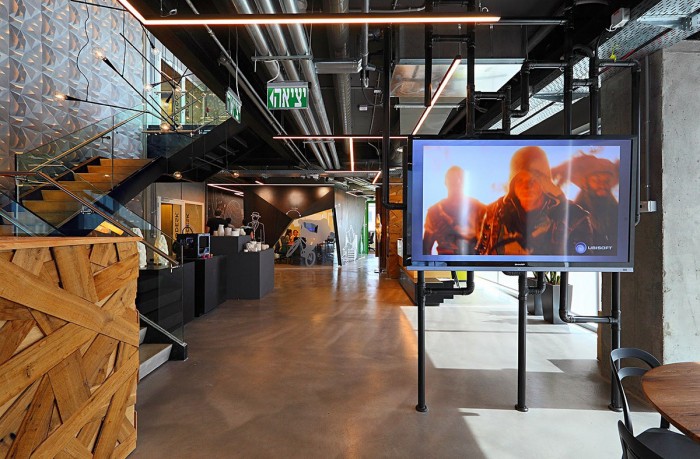 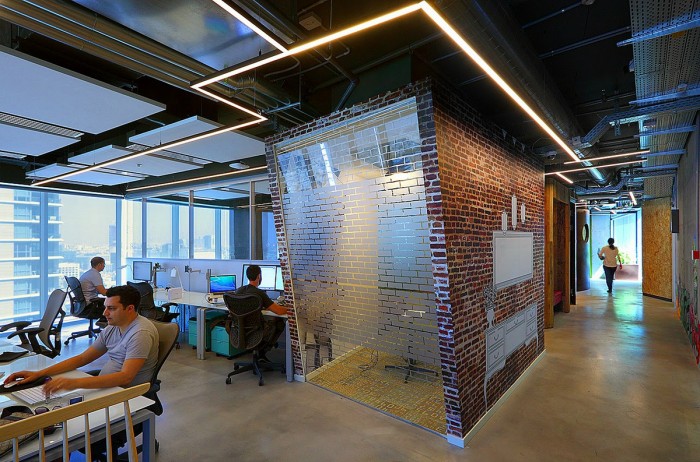 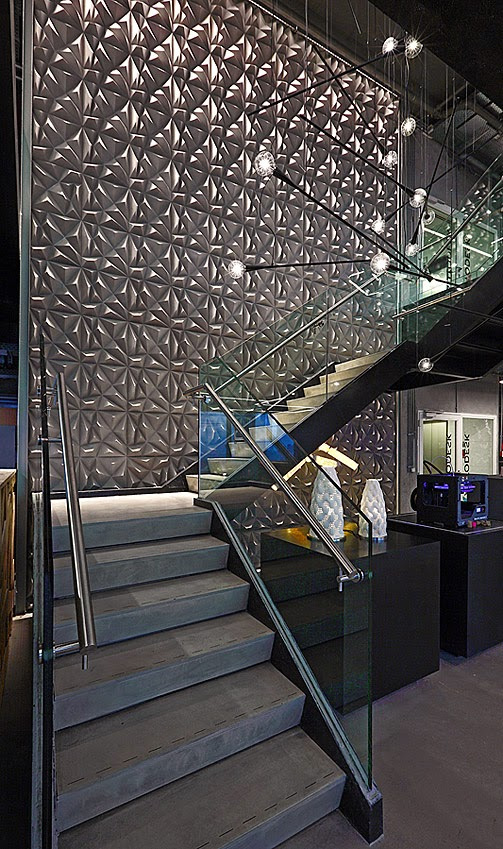 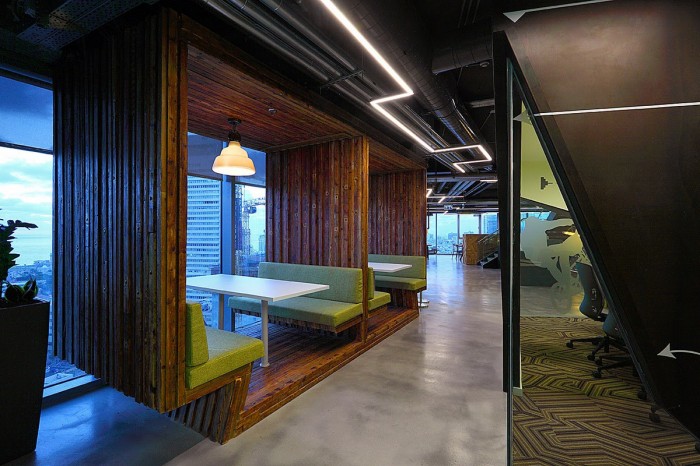 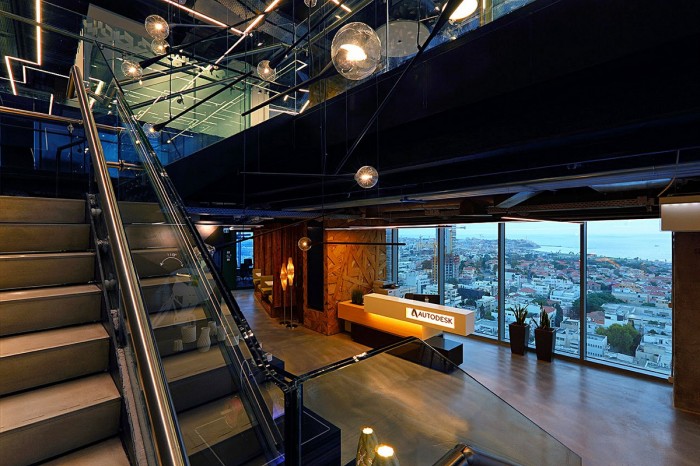 The new officeextends over four floors of a new tower on Tel Aviv’s prestigious Rothschild Boulevard. Setter Architects was tasked with designing a space to reflect a creative blend of Autodesk’s corporate and local cultures, which puts a strong emphasis on the well-being of its employees — even to the point of allowing staff to bring their dogs to work! With a planning directive to bring pleasure and fun to a flexible work environment, Setter was also tasked with creating a design that would highlight Autodesk’s culture of collaborative teamwork, open communication between teams, and creating spaces that would work for both alone and in groups. Autodesk defines itself not just as a Software company but also as a “design” company and ascribes tremendous importance to the appearance and functionality of its offices.

The project team embarked on an engaging process of capturing the needs and expectations of both local managers and executives from the company headquarters in San Francisco. This dialog resulted in the use of rich three-dimensional design and a broad range of materials, applying the language of software programs that Autodesk develops in its design and graphics, and creating a truly pleasurable work setting.

A special feature of the new development center is to take advantage of the magnificent 360° surrounding city view of the beautiful modern Tel Aviv. With that in mind, the space was designed for all employees to enjoy the views from every corner of the office space. alsosimple and raw rusted treatedreclaimed andvibrant infused withAutodesk branding

As befits a company professionally engaged in 3-D, a sense of a three dimensional space is incorporated into the design of the masterfully angled conference room and an interconnecting stairwell with visually strikingthree-dimensional concrete wall.

The office plan offers ample quiet work-areas, informal collaboration areas, and formal conference rooms, which also serve as a visual and acoustic barriers in the transition from public spaces and work areas. These rooms are easily accessible from the work areas and the public spaces, to maximize employees’ options on how they would like to work and meet.

Sustainability at Autodesk is a company-wide initiative involving all aspects of Autodesk’s business. The project was planned and designed in accordance to the guidelines of U.S. Green Building Council. The office has a sophisticated monitoring system controlling the lights, drapes, and air-conditioning, which continually monitors and tests the air quality in most enclosed rooms. The project is registered under LEED® Green Building Certification program pursuing the highest rating of LEED® Platinum in Commercial Interiors.