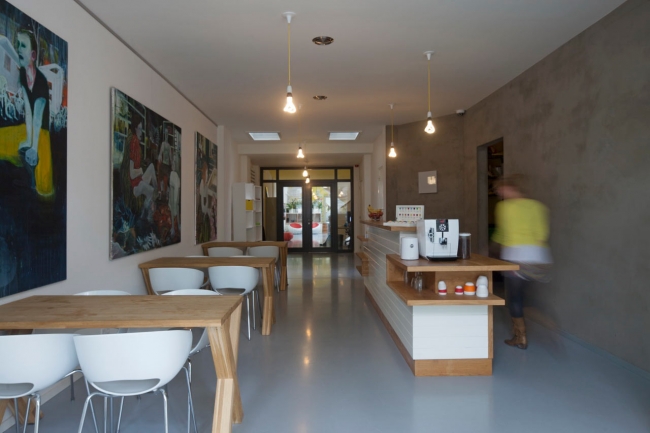 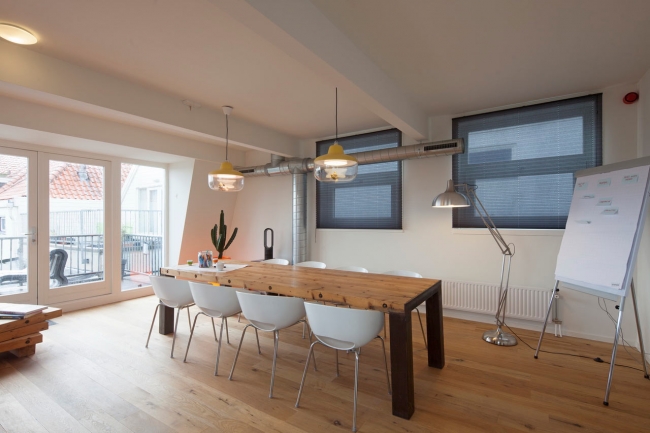 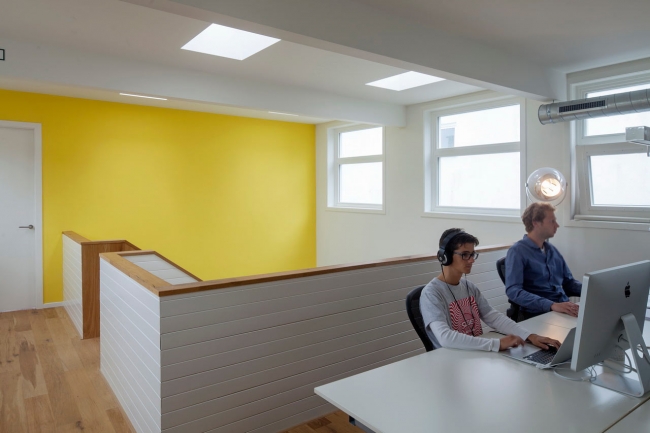 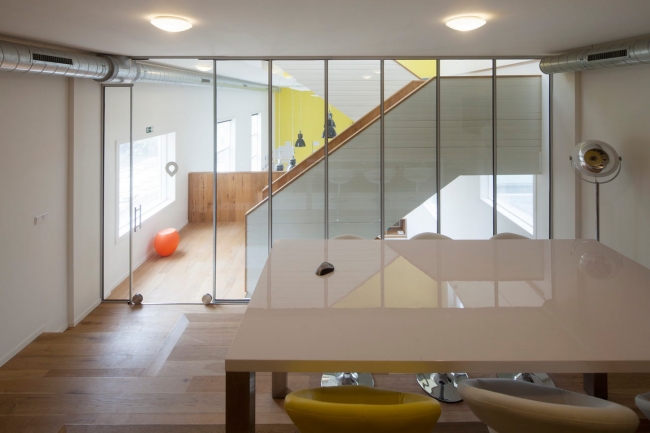 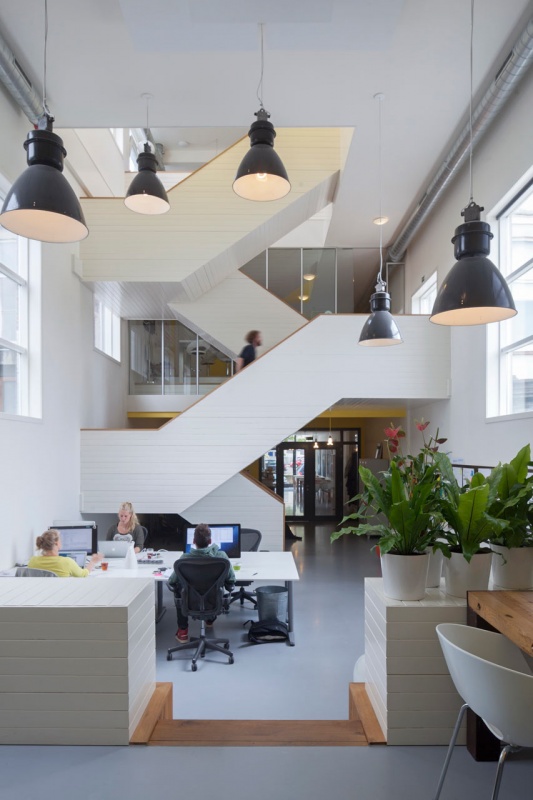 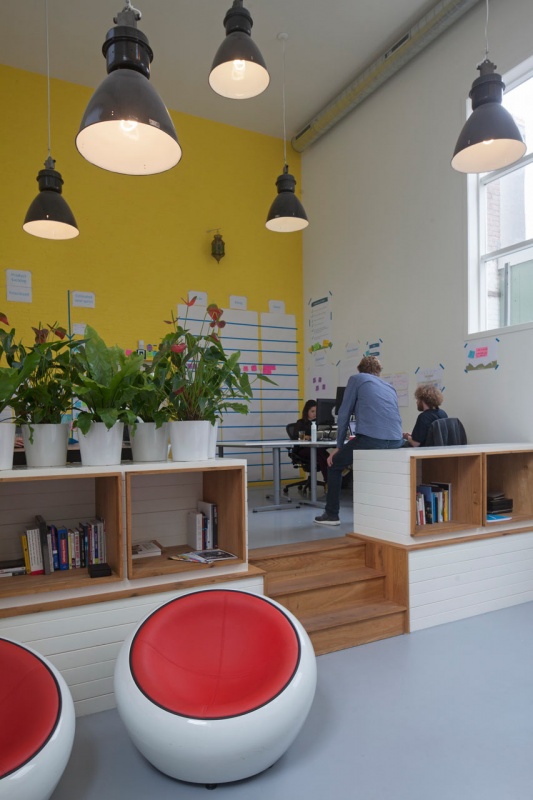 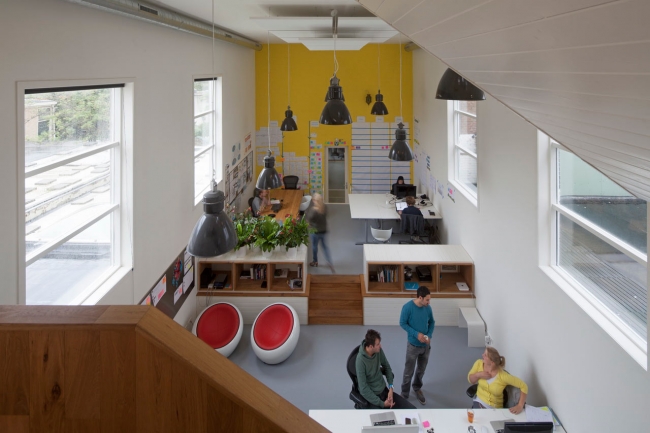 A new office for a design studio for interactive media was designed in a former church in the center of The Hague. The building itself was originally built in the beginning of the 20th century as a house but since the 1980’s extended in the back with a meeting space and used as a church. The design studio now makes use of the big meeting space as their main office space. The upper floors of the original house are reused as a separate office and an apartment.

The main intervention is a vide with a new staircase. The main office space has no direct views to the exterior and therefore some strong visual and spatial interior elements are used in the design. The staircase is the biggest one and the bright yellow back wall and the playful ceiling lights also have a visual and spatial effect. The staircase is made as a steel structure cladded with wood, white on the outside and natural on the inside.