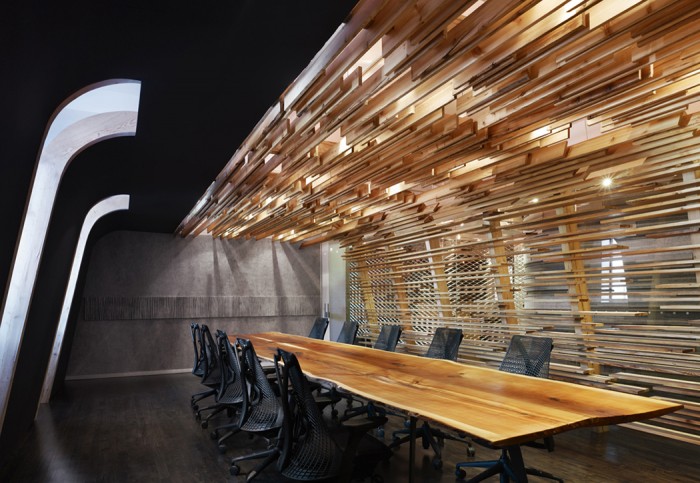 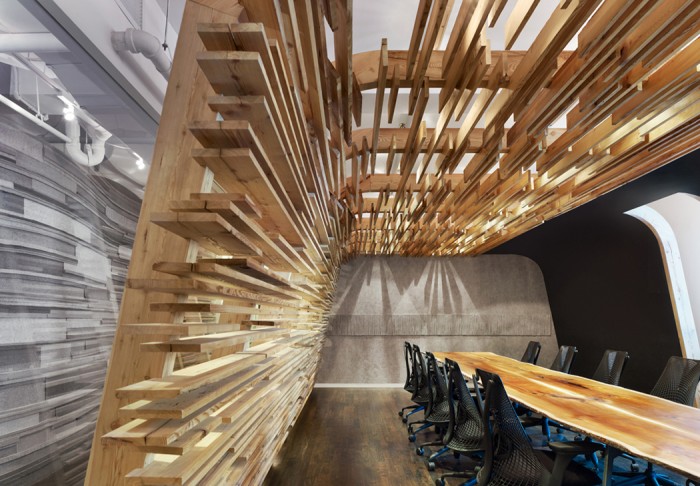 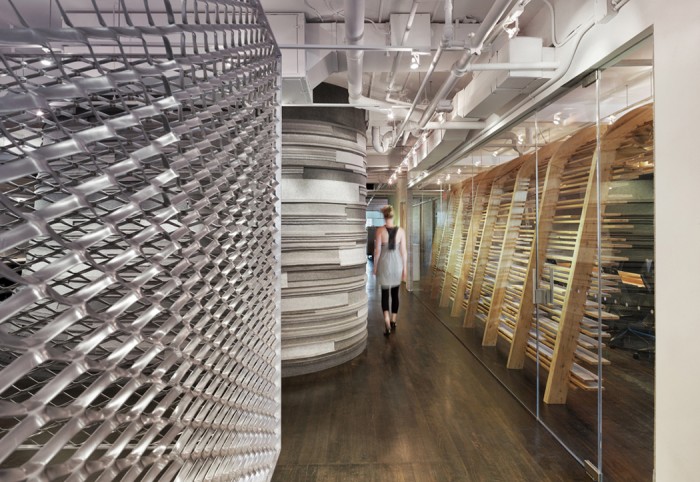 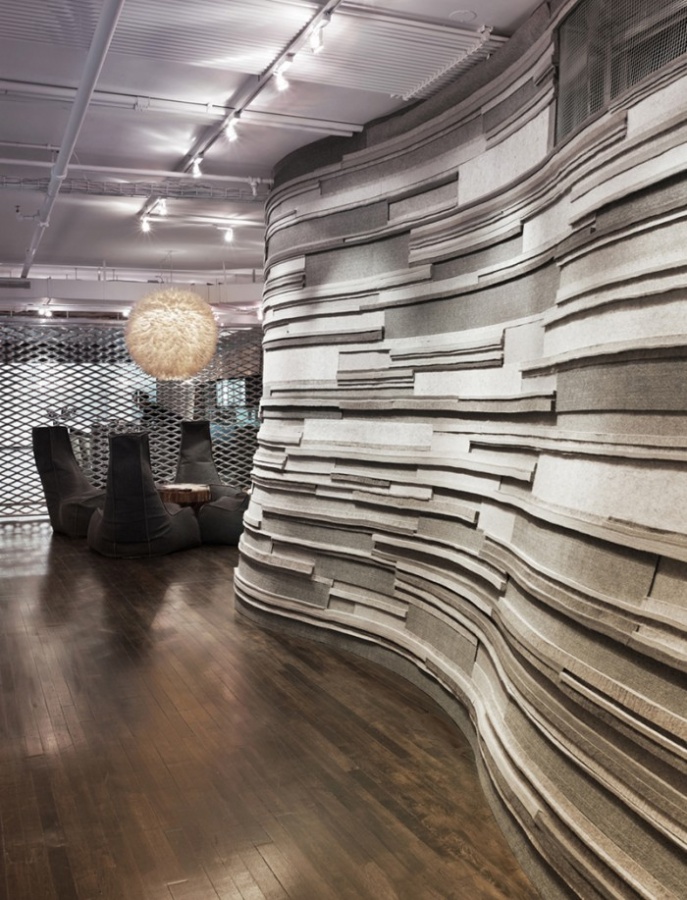 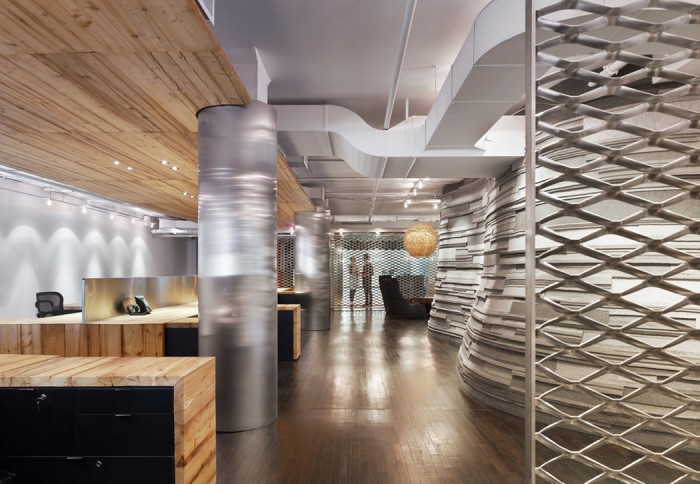 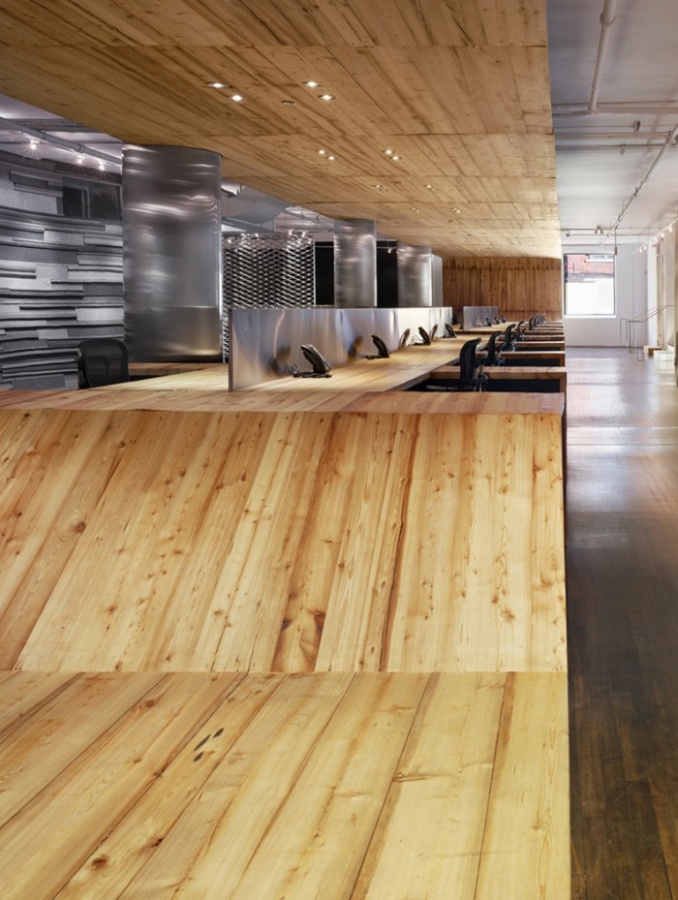 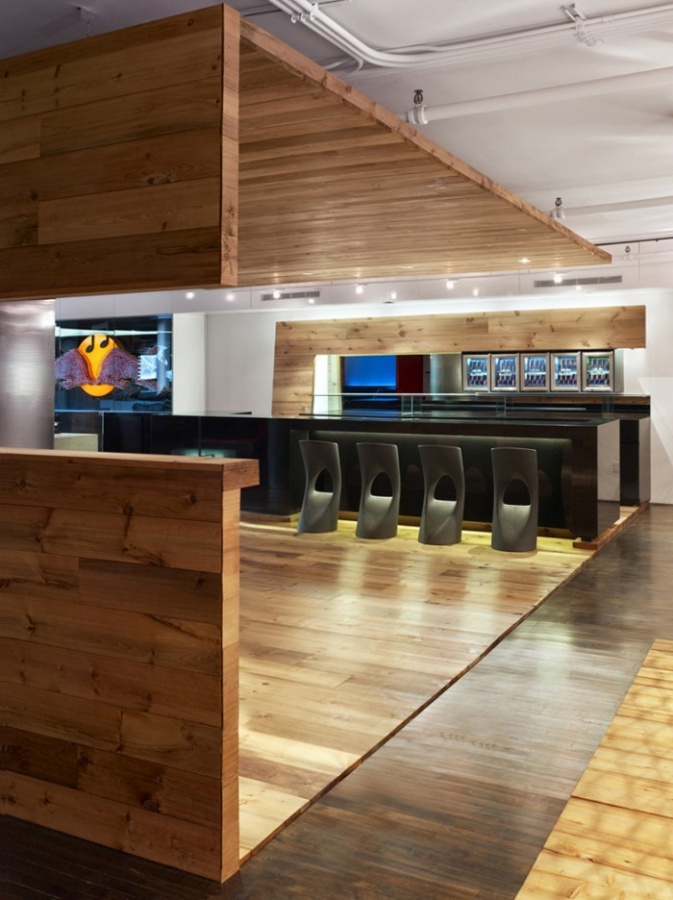 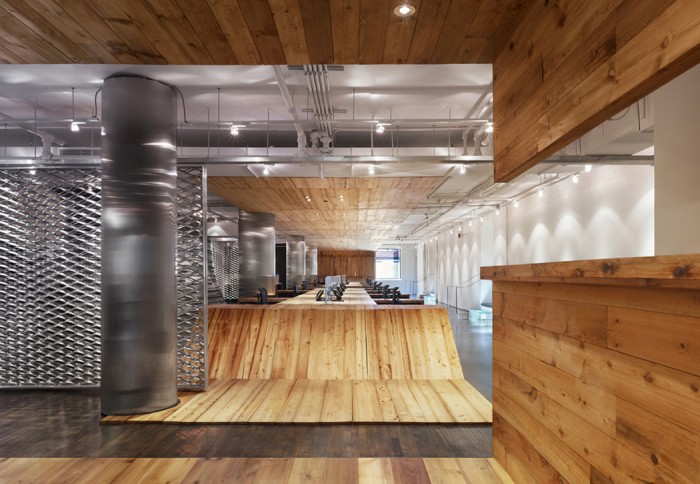 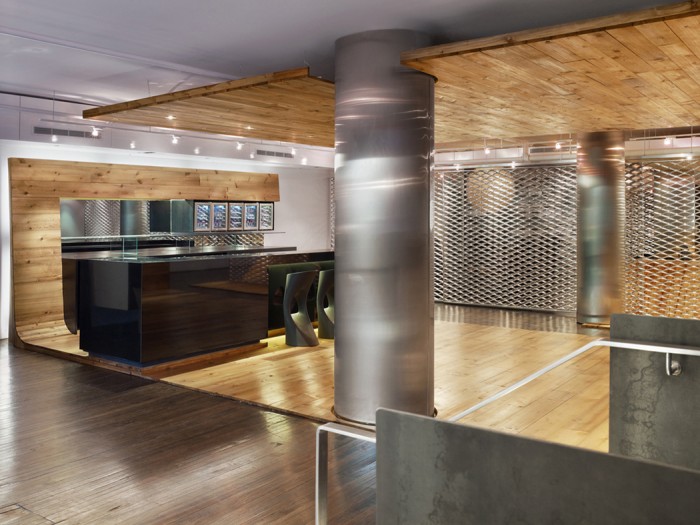 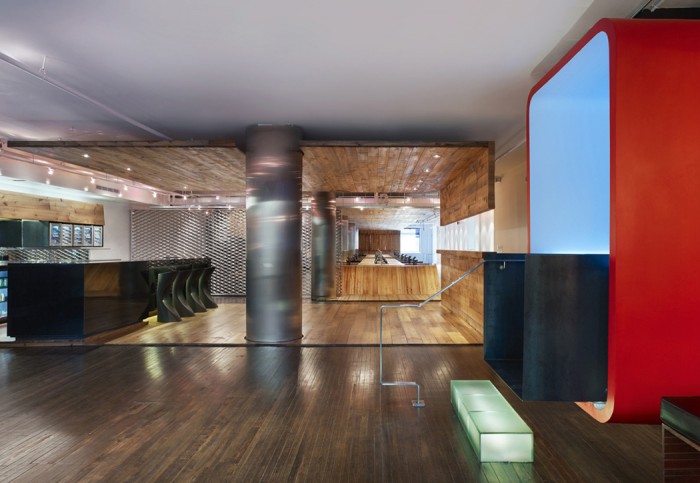 The design focuses on four main components: a bar/lounge area, a linear open workstation concept, a wool felt-clad form and a boardroom. As Red Bull is host to many social gatherings, from art openings, parties and receptions, the bar/lounge area functions to anchor the public areas of the space.

The custom workstations, composed like a ribbon, transforms from a floor surface to a work surface to a ceiling plane, providing colour, texture, warmth and a sense of enclosure. A defunct elevator core is re-formed and clad with varying colours and thickness of felt, utilized for its sound absorption qualities. The organic form is evocative of the natural contours of a mountain or the muscular torso of a bull. A new meeting room composed of felt, blackboard and tamarack wood strips positioned in a random pattern is another vessel or “primitive hut”.

The lighting and the wood strips in the ceiling are intending to evoke the effect of light filtering through branches. A long boardroom table fabricated from a cherry tree felled on the millworker’s own property anchors the space.

Private offices situated behind what was originally an exterior wall feature custom-designed workstations made from oak veneer that are similar in detail to the offices recently completed in the first phase.